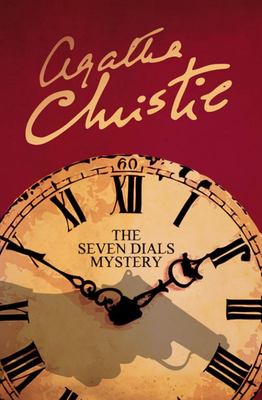 A healthy young man dies in his sleep, despite the ringing of eight separate alarm clocks... Gerry Wade had proved himself to be a champion sleeper; so the other house guests decided to play a practical joke on him. Eight alarm clocks were set to go off, one after the other, starting at 6.30 a.m. But when morning arrived, one clock was missing and the prank had backfired with tragic consequences. For Jimmy Thesiger in particular, the words 'Seven Dials' were to take on a new and chilling significance...

'Her gift is pure genius.' Observer 'An amusing, exciting, well-written story.' Outlook 'All signs indicate that Mrs Christie has been reading P.G. Wodehouse, and she does it very well in spots. This is her gayest thriller and mustn't be missed.' Books

Agatha Christie was born in Torquay in 1890 and became, quite simply, the best-selling novelist in history. Her first novel, The Mysterious Affair at Styles, written towards the end of the First World War, introduced us to Hercule Poirot, who was to become the most popular detective in crime fiction since Sherlock Holmes. She is known throughout the world as the Queen of Crime. Her books have sold over a billion copies in the English language and another billion in 100 foreign languages. She is the author of 80 crime novels and short story collections, 19 plays, and six novels under the name of Mary Westmacott.